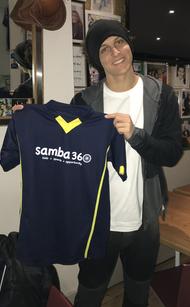 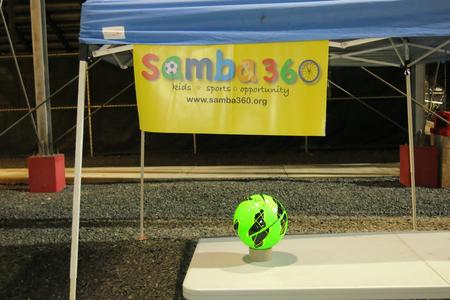 Get Your Garage Back and Make a Kid Happy

Your clutter may be a child's salvation.  Samba 360 collects new and used sports equipment such as soccer balls, cleats, shorts, shirts and soon bicycles to bring to needy children in the United States and around the world.  Your donation will put a smile on a child's face and will promote a healthier lifestyle with better choices.

At Samba 360, our mission is to provide disadvantaged children with opportunities by providing them with donated sports equipment.

We collect new and used gear for distribution nationally and abroad.  Soccer is only the first step.  We will expand to bicycles shortly.

Samba 360 is registered with New York State with the Charities Bureau of New York State Attorney General Office as a Not-for-profit charitable corporation. Samba 360 is a 501 (c) (3) federal tax-exempt organization.   All donations go directly to Samba 360.

Making a Soccer Ball Out of Plastic Bags!

Life of a Soccer Ball:

​​Click here to learn more about the amazing life of a soccer ball from our friends at the Environmental Protection Agency. 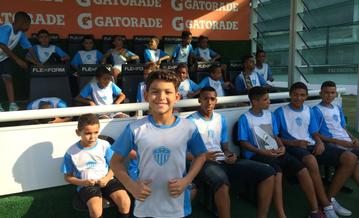 "While growing up in Haiti, soccer balls were scarce. We played without proper footwear on dirt fields with balls made out of rubber bands.  I believe in Samba 360 and the good they bring."